Located in my hometown of Germantown, Maryland, the American Zen College holds a very scholastic like Buddhist community. Here it is the focus of the college to expand their students’ knowledge on Buddhism and its practices.  Located on their front page is a list of their core values, mission statement. The five areas of highlighted emphasis are to advance, extend, address, expand, honor and nurture. The advancement is of society‘s well-being which is achieved through their practice via body, mind and spirit. The extend portion of this mission is to reach employees dealing with stress, pain or illness by extending the reach of their stress-reduction program. For address, they seek to use their mindfulness-based drawing techniques and tie them into the corporate world, addressing needs that different companies or organizations might have. Dissection of honor and nurture is somewhat self explanatory, seeking to “Honor and Nurture” their students and teachers through their various mindfulness programs. The expansion subsection covers local and global community interaction via their mindfulness programs as well. In this community they choose to follow an AZC practice method, which is a six step process with the first two consisting of being vegetarian and chanting Bodhisattva’s sutra. The third method is to follow the Eighty-Eight Buddha repentance ceremony. Next the believe in the freeing and feeding of animals, influencing their need to be vegetarian. The fifth is a simple one, practice one good deed per day. The final method is to recite Amitabha Buddha’s name. Their following of the Pure Land tradition is a subset of Mahayana Buddhism which we discussed at large in class, partly the reason I chose this community. The American Zen College was founded in 1976 by Zen master Goshun Shin. Before opening The institution in 1976 Goshun Shin had obtained his PhD, and served as the abbot of three Zen monasteries in South Korea. After his time in South Korea was over, he decided to come to the United States in 1969. Here he has founded institutions alike in DC, New York,  Pennsylvania, and Virginia before opening this community in Germantown, Maryland. Quite the seven years. After the Zen Master’s retirement, the non-profit organization associated with the community bought the land in 2016 to preserve the work the Zen Master had established, keeping the community thriving and open. 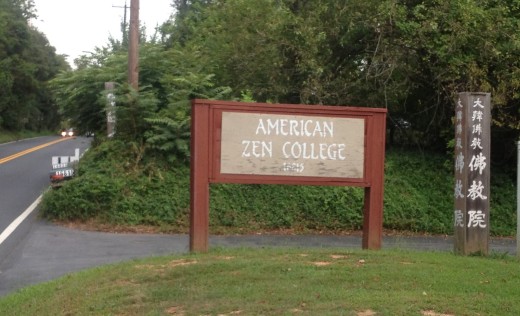 Similar to school, their values lie in the practice of their beliefs. It is mandatory for all students/ or members to practice each day and then log their practice online. This practice includes studying, students study not only the history of Mahayana Buddhism but also the practices of the religion. Here they believe that enlightenment is achieved through “Diligent practice” and perseverance. Despite their belief in the practice there is another component, study, that accompanies those in this community. Their AZC system encourages a “systematic and comprehensive” study method of Buddhist teachings. Over your three year span as a student in the community there are 6 total levels. The levels are distributed equally over the years, similar to our semesters. In the first year, students will take level one, the stages of the path to enlightenment, and the second, The Theory of Karma. Second year is the theory of emptiness and no self and the theory of Bodhicitta. Third and final year is levels 5 and 6, The Theory of Pure Land, and Biography of Masters.

Their second year study of Bodhicitta, the spirit of enlightenment that enhances your empathy for others, is tied into another major part of their community, volunteering. They require 100 hours each year from their students, and even encourage it to others on their website. It should be something that is a part of our lives more frequent than not. So much of Buddhism is finding compassion, and peace, and its believed that there is no better way to reflect this than giving up your time and energy for others’ benefit.

Aside from the class and teachings to the students the Americans in college also have a multi-layered stress reduction program. In this program they encourage anyone who’s feeling stressed to enroll themselves in a section they offer throughout the year. On their website they explain reasons for your stress, techniques for stress reduction, the stages of stress reduction, the five properties of our mind, and healing recipes. Along with this program they have other opportunities to be a part of their community. At various times during the year they offer seminars, workshops, and retreats, open to those seeking enlightenment in the Buddhist culture.

The foundation in this community is built upon teaching and helping. This is reflected in their missions, practices and studies, which is why it is fitting for them to worship the Earth Treasure Bodhisattva, Ksitigarbha Bodhisattva, who is one of the four principal bodhisattvas in Mahayana Buddhism. The responsibility of the bodhisattva is to be the educator throughout the six worlds. His responsibility and influence reached so far that his importance is said to be documented in memorial halls and mausoleums. It is also believed that worshiping his statue brings an abundance of benefits. This is why his statue is seen many times across the community’s campus, and worshipped so heavily by those in this community. A current project they’re working on derives from an aspiration of world peace. They plan to achieve this goal by setting up one thousand statues across North America and are currently asking for donations to fulfill this goal. As far as ties with other Western and Asian Buddhist communities they have used this project to offer a statue, symbolic of peace, to any organization that needs it free of charge.

In it’s entirety, the American Zen College was an intriguing community to follow. I saw resemblance in their studies and beliefs similar to the ones I have learned before and during the semester in class. Having another community with Mahayana Buddhism practices serves as an alternate perspective to what we have studied, a real life example of the class readings. After researching different communities around the world I was intrigued to find that this one was located in Germantown, Maryland, the place I had grown up in. Having lived there for years I have never heard of this institution. Which speaks to their privacy, however, I was pleased to learn of their openness in hospitality to those in the area interested in the programs and teachings they offer. I will definitely be taking a trip there in the near future to grasp the experience in person. 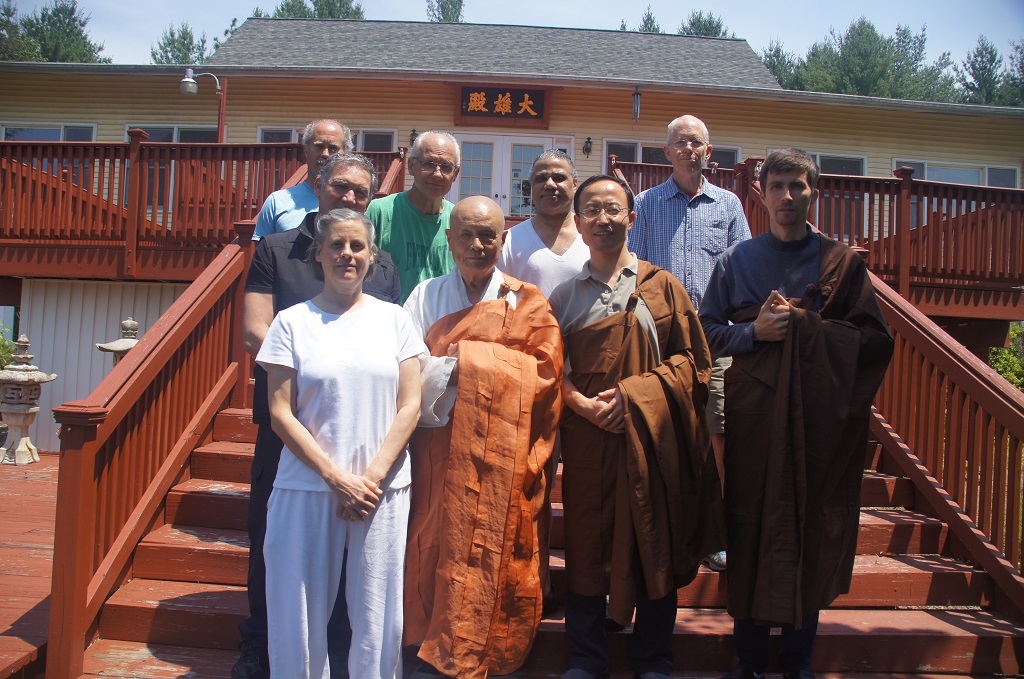